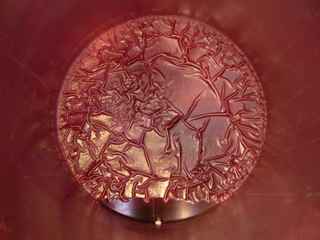 
Curma 2012 ranks among the top 8 best Nero d'Avola of Sicily and Siclys 2012 among the top 13..
Our wines included in the NDA - GUIDA DEL NERO D’AVOLA 2020 - 2021 , the guide that contains the production excellence of autochthonous wine 100% nero d'Avola, the undisputed protagonist of Made in Sicily.

Our Curma 2010 entered the Top Hundred 2017 from ilGolosario, the top 100 best italian wines list made by Paolo Massobrio and Marco Gatti!
Armosa will be on stage of the Golosaria event at Milano Congressi, Sunday, November 12th.

Our wines were included in the NDA - GUIDA DEL NERO D’AVOLA 2017- 2018, the guide on the production excellence of autochthonous wine 100% nero d’Avola, the undisputed star of Made in Sicily.


Even this year at the wine contest "Radici del sud" the jury of international Buyers has voted best Nero d'avola our CURMA 2011. Last year this award was received by CURMA 2010.
If you want to read more follow the link


Nice review of our winery and wines by Marco Gatti on
ilgolosario "Il Giornale del Gusto".


SALIPETRJ 2014: included in the Guide WINES OF ITALY among the best buys in Sicily !!

 Curma 2008 has earned the 4/5 grapes by the prestigious guide BIBENDA 2013 published by the Italian Sommelier Association. 

The Siclys was presented, tasted and appreciated during a Master
about cooking and wines in Italian regions organized by the ICIF
( Italian Culinary Institute for Foreigners ).

After the 4 grapes from the guide "DUEMILAVINI 2011" for Siclys 2007, Curma 2007 has earned the 4 bottles in the review appeared on Le guide dell'Espresso!!

The ARMOSA estate located at Scicli in the Ragusa province of Sicily, was created in 2002 by Michele Molgg to cultivate wine-producing vines. The first vineyard of "Nero d’Avola" was planted in 2003 in a terroir especially chosen for its sandy tufa soil and for its immediate proximity to the sea.

The ArmosA philosophy is to enhance the reputation of Nero d’Avola, Sicily’s premium indigenous vine, by growing it in a variety of terroirs so as to produce quality wines with a distinct personality that personify the territory itself.